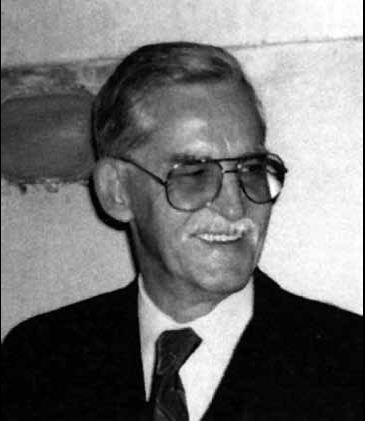 He was born in Burgas on November 9, 1924. In 1949 he graduated painting in the Academy of Arts in Sofia in the class of Academician Iliya Petrov and Prof. Dechko Uzunov. Until 1960, he worked mainly on graphic and stage design at the puppet theater in Burgas. His first international recognition was in 1957 at the 6th World Youth Festival in Moscow. After that folling dozens of performances in Bulgaria and abroad, many awards, membership in UBA,becomes an honorary member and correspondent member of the Austrian Association of Artists "Kyunstler House", the Japanese Association of Artists "Nika Kai" ....  A hard time in his Life was 1983 when his studio was lit and all his pictures had burnt in the fire. That made him even more ambitious and the next year he showed the compositions "Aggression", "Apocalypse Now", "Simple Fascism", "The Next Day After the Nuclear Bomb", "Udovik", "Memories", which have become an event. Later, the canvases were exhibited in Vienna, and Professor Peter Wundelli said that these were works of one of the great humanists of Europe and the world. In 1986, Baev became the winner of the Herder Award of the Vienna Academy of Arts.

He is presented in the 34-volume of Academy of Art Dictionary of McMillan, many times nominated for "Man of the Year," "People Who Influences," "Who's Who" of American and English Biography Institutes. Searched by galleys in Bulgaria and abroad, defined as a man with tough character, but hearty and with great strength. His paintings have been redeemed or donated to many places in Bulgaria, the artist has sent his works even to the hungry children in Vietnam and Cambodia.

1989 Participation in the Biennial of European Graphics in Prague, Independent Exhibition in Varna

20.08.2006 Bourgas, participation in the national biennial "Friends of the Sea"

1965 - Prize from the exhibition "Sozopol and the Sea" - Sozopol

1966 - Prize from the exhibition "Sozopol and the Sea" - Sozopol

1968 - Prize for Painting at the National Exhibition "Friends of the Sea" - Burgas, Sozopol and the Sea Exhibition Award - Sozopol

1985 - Prize of the International Exhibition of Realistic Painting - Sofia

1986 - The Gottfried von Herder Prize at the University of Vienna

1996 - Award of the Union of Bulgarian Artists for Total Creativity, Award from Third International Triennial of Realistic Painting - Sofia

Winner of annual awards of the Union of Bulgarian Artists

Bearer of the People's Republic of Bulgaria Order II

Bearer of the Georgi Dimitrov Order