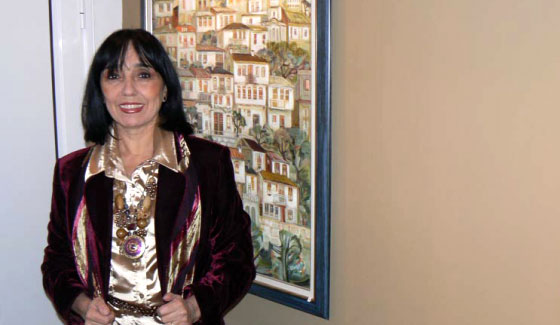 The landscapes of her native town bring a unique atmosphere and color, reminiscent of many emotional tales. It seems as if the artist shows us some secrets known only to her for a world we have forgotten or our senses can not embrace in depth.

She is the winner of the 2002 Veliko Tarnovo Art Prize and the Golden Innovation Award for the 1998 East West Euro Intelect.

Works of the artist are in the collections of the National Art Gallery, Europe, New Zealand and the United States.

The style of the artist is not only classic painting, but also strongly emphasized Bulgarian, she can not be mistaken for Dutch, mademoiselle, says galley Anna Dyakova.

In the family of Ivanicka Paneva all are drawing - the husband Hristo Panev, the son Gabriel and the daughter-in-law. They all come for the Plovdiv exhibition, which is a great spiritual experience for them.