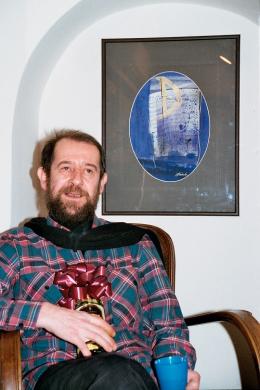 In 1976 he graduated the "St. Cyril and Methodius" University in Veliko Tarnovo, specialty "Painting" in the class of Yanaki Manassiev.

Between 1976 and 1977 he was a primary school teacher in the village of Ezerche. In the next two years - 1978-1979, he worked in the department of education - Yambol. In 1979-1980 he is again engaged in teaching painting at the Special Art School in Kotel. In the period 1981-1988, Tsanko Panov worked as chief fundraiser at the National Art Gallery in Sofia, and in the 1988-1994 period he worked as a curator in the editor's office of Starchal and as a fundraiser at the National Art Gallery.

In 1994, Tsanko Panov specialized in Cite des Beaux Art, Paris. That same year he began teaching at the "Jules Pascins" Private Academy, where he remained until 1997.

In the last years until 2003 he worked in the house-museum "Boris and Slavka Denevi" in Sofia.